"For all your edm, gaming, political, and comical needs"

In the history of the App store there have been popular and addictive games such as Angry Birds, Temple Run, and even Injustice Gods Among Us. Needless to say the bar has been set pretty high for game developers to make something amazing... Unless you're Dong Nguyen. The new game known as Flappy Bird has taken the app store's #1 spot in the free section....  Why?  You're not fighting your favorite superhero in this game instead you'll be guiding a bird through Super Mario Pipes to get a high score, exciting huh? Basically where I'm getting at is that this "game" is just frustratingly bad with the most simple concept with a very unfair "challenge". The worst part about the game is that everyone and their moms won't stop bragging about how their score is better than everyone else's and not only that, IT'S EVERYWHERE! I literally can't go a day without hearing that dreaded *BUDING*. Since this game is so popular some other company decided to seize the moment and create an exact clone by the name of Iron Pants. The only difference (aside from the graphics) is the controls where instead of tapping the screen you hold until you get the right altitude and crash and fail. All in all I give Flappy Bird and Iron Pants a whopping 1 out 5. That's all and please play a better game. P.S. don't be the person in the picture below this.... please. 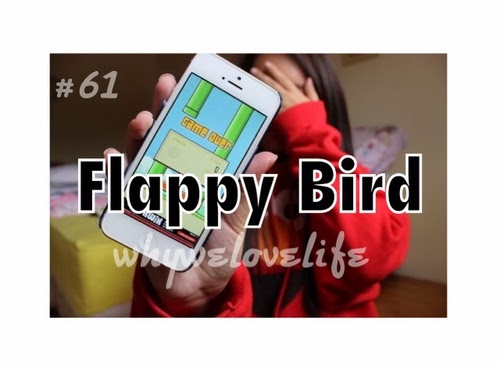